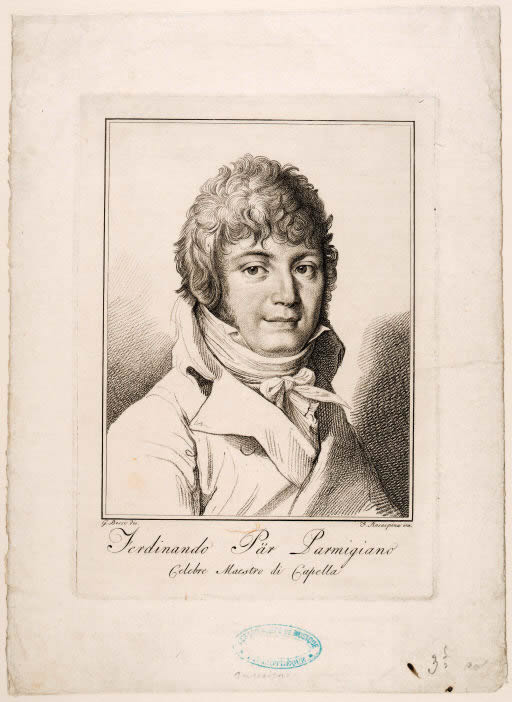 After studying in his hometown, in the 90’s of the 18th century, he began to be known in the main theaters of Italy thanks to a large number of opere serie and buffe. In 1798, after the composition of Griselda, he moved to Vienna, where he composed Camilla (1799) and Achille (1801). In 1802 he was called to Dresden by Frederick Augustus III of Saxony, where he was appointed Kapellmeister in 1804. There he composed three important semi-serious operas: I fuorusciti di Firenze (1802), Sargino (1803) and Leonora (1804). It was Napoleon, passing through Dresden during his German military campaigns in 1806, who took him along to Paris, where he appointed him director and composer of the imperial private music. In 1813, Paer also became musical director of the Théâtre Italien, one of the leading European theaters specialized in the production of Italian opera. This position he held until 1827, playing among other things a decisive role in the introduction of Rossini’s operas in the French capital.

Extremely influential figure in the Parisian musical life, he was in contact with the greatest musicians of the time, giving singing lessons to Giuditta Pasta, composition lessons to the very young Franz Liszt and introducing Chopin and Bellini to the most important salons of the capital. In the 30’s, he was also elected member of the musical section of the Institut National de France (1831) and later assumed the chair of composition at the Parisian conservatory (1838).

During his Parisian years Paer composed his last important operas, both Italian and French. The former, include Agnese (1809), Didone abbandonata (1811) and La primavera felice (1816); the latter are the opéras comiques Le maître de chapelle (1821) and Un caprice de femme (1834). 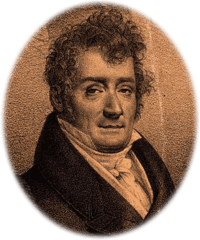